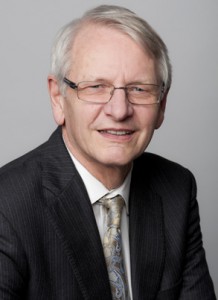 Kerry is probably best known for his six-year effort as co-author of Washington’s lien law which went into effect in 1992, his work on the revisions to Washington’s public project retainage law, and our Contractor Registration Act. Kerry’s been AV rated by Martindale-Hubbell, Inc. since 1994, and was voted a “Super Lawyer” in 2005.

Kerry’s philosophy is simple: a bar license is more than a license to practice law. It truly means being an “advisor.” Often, clients need counseling on organizing their businesses and construction projects to operate most effectively, negotiating contracts, and dealing with disputes. Kerry talks frankly with clients about what litigation really entails, and Kerry approaches that as practically as possible. Litigation is stressful and expensive. The goal is to get “the best net result” after taking everything into account. Having graduated from West Point, he knows that there’s a time and place for a fight. Sometimes fighting to protect what is rightfully yours is necessary. But when it’s not, fighting on principle rarely makes sense. Kerry goes out of his way to clarify that to each client.

Part of Kerry’s perspective stems from his having grown up working in his family’s construction company and being an active mediator, arbitrator and dispute resolution board member. He has been an American Arbitration Association construction arbitrator for over 30 years.

Pillar Law is excited to have Kerry on board. It’s an honor.